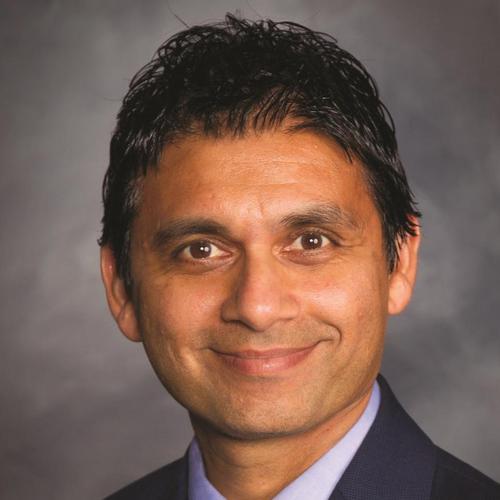 Talks covered by this speaker

What is your Business Plan? - Finance & Strategy 101 for Startups

Have you got yours yet?

Our All-Access Passes are a must if you want to get the most out of this event.

Amit Singhi is the CEO of SPAUN Consulting LLC. From 2017 to March 2020, he was the Chief Operating and Financial Officer of the Piston Group, a $3B automotive supplier, with responsibility for all operating and financial matters. Prior to Piston Group, Amit was the Chief Financial Officer at FLIR Systems, leading all Finance and I.T. functions from 2015 to 2017. FLIR Systems is a $5 Billion mid-cap technology public company, a component of the S&P 500 index that designs, develops, manufactures, markets, and distributes sensor systems that enhance perception and awareness. Before joining FLIR, Mr. Singhi was an employee of Ford Motor Company from 1994 to 2015. During his tenure at Ford, he held financial management positions of increasing responsibility in a wide range of operating areas, including new product development, engineering, purchasing, supply chain, manufacturing, marketing, sales & service, and corporate staffs. Mr. Singhi was the Chief Financial Officer of Ford South America, based in Sao Paulo, Brazil, from 2012 to 2015. Prior to joining Ford, Mr. Singhi was an engineer at General Motors R&D Center from 1989 to 1994, where he held several engineering & operational roles involved with development of advanced navigation systems, product planning, and manufacturing consulting. Amit is a board member of Big Brothers Big Sisters of Metro Detroit and the Electrical & Computer Engineering Council at University of Michigan. He is an executive-in-residence and a guest speaker at University of Michigan and several international CFO conferences, as well as a podcast contributor for CFOThoughtLeader. He was also the recipient of the APACC “Salute to Excellence” Award for Business Leadership in 2018. Mr. Singhi holds an MBA in Finance and Corporate Strategy and an MS in Electrical Engineering Systems from the University of Michigan, Ann Arbor, and a Bachelors of Technology in Electrical Engineering from the Indian Institute of Technology, Bombay.

Your logo could go here!

If you'd like to get your brand in front of attendees following the categories this speaker is talking about (on this page, via email and during each talk) contact us.
We use cookies This website (and some of its third-party tools) use cookies. These are important as they allow us to deliver an exceptional experience whilst browsing the site. Learn more about our cookie policy. By closing this banner, scrolling, clicking a link or continuing to browse, you agree to the use of cookies. Accept
I need help
No I need help
No I need help